Machine Learning on vSphere: Choosing A Best Method for GPU Deployment with VMs

VMware vSphere has three main methods of setting up GPUs for use in VMs. This article helps you navigate through those methods. It outlines the pros and cons of using each approach so that you can judge how to proceed to best serve the needs of your machine learning user community . The detailed descriptions The post Machine Learning on vSphere: Choosing A Best Method for GPU Deployment with VMs appeared first on Virtualize Applications. 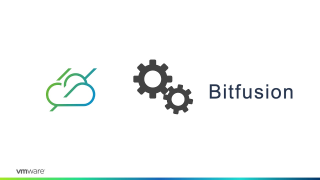 VMware Bitfusion extends the power of VMware vSphere’s virtualization technology to GPUs. VMware Bitfusion helps enterprises disaggregate the GPU compute and dynamically attach GPUs anywhere in the datacenter just like attaching storage. Bitfusion enables use of any arbitrary fractions of GPUs. Support more users in test and development phase. Distributed machine learning across multiple nodes can be effectively used for training. This video demonstrates the effectiveness of sharing GPU across jobs with minimal loss of performance. VMware Bitfusion makes distributed training scalable across physical resources and makes it limitless from a GPU resources capability. The solution showcases the benefits of combining best in class…Read More

Some of my customers called me, because the NVIDIA License Portal (http://nvidia.flexnetoperations.com) wasn’t working and they can’t create new license files required for updating the NVIDIA release in their environment.

I decided to to create a license file for my Homelab first to see why they can’t create new license files. I started browsing http://nvidia.flexnetoperations.com like it has been before, but unfortunately the site is not reachable anymore and no redirect is implemented:

The next thing I’ve done was to take a look into my NVIDIA account. After a click on the license portal shortcut I’ve been redirected to the new NVIDIA licensing page which can be directly accessed via https://ui.licensing.nvidia.com.

At first glance it is modern and more clearly arranged than the old license portal. One of the first (and needed) things I’ve observed is that registered License Servers can be deleted which wasn’t possible before without contacting the support.

After investing some time to figure out how to add new licenses to my license portal I found a way to do it in a document provided by Dell. To add new Entitlement IDs I had to go to https://enterpriseproductregistration.nvidia.com/?LicType=Commercial&ProductFamily=vGPU and enter all information marked with a red asterisk whatever if there is an existing Enterprise Account or not. After submitting the form I had to wait some time until someone from NVIDIA added the licenses to the portal.

After that the new Entitlement can be found in the NVIDIA license portal. Finally I was able to to create a new license file and update to the newest NVIDIA release.