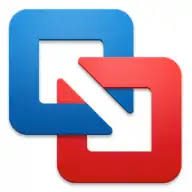 I recently took a look at the container integration features in VMware Fusion v11.5.6 through the vctl command line feature. I was intrigued to read about a future feature coming in version 12, which included some Kind integration. For those of you unfamiliar with Kind, it is a way of deploying Kubernetes in containers. It might sound a bit strange, but it is actually very powerful, and is used by a lot of developers for many different use-cases. This post is going to look at vctl with this…Read More