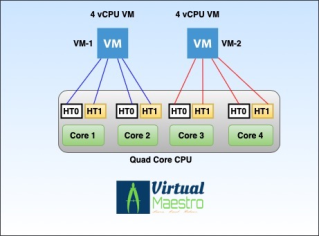 This post will be focussing specifically on working of CPU scheduler in Default, SCA v1 and SCA v2 modes in 6.7 U2 and later. VMware vSphere 6.7 U2 added new scheduler options (SCA v2) which provides security for L1TF vulnerability, while retaining as much performance as possible. Note: SCA is […]