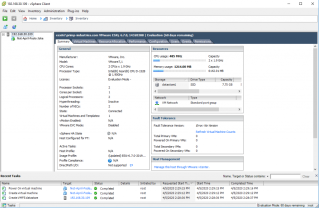 A trip down memory lane with the vSphere C#…

Last week I had shared an interesting tweet. Those with a keen eye quickly realized there was more to my tweet than meets the eye 😉 but the majority of folks quickly admitted they were fooled by the nice “April Fools” joke … but was it really a joke? …Well, it yes and no.